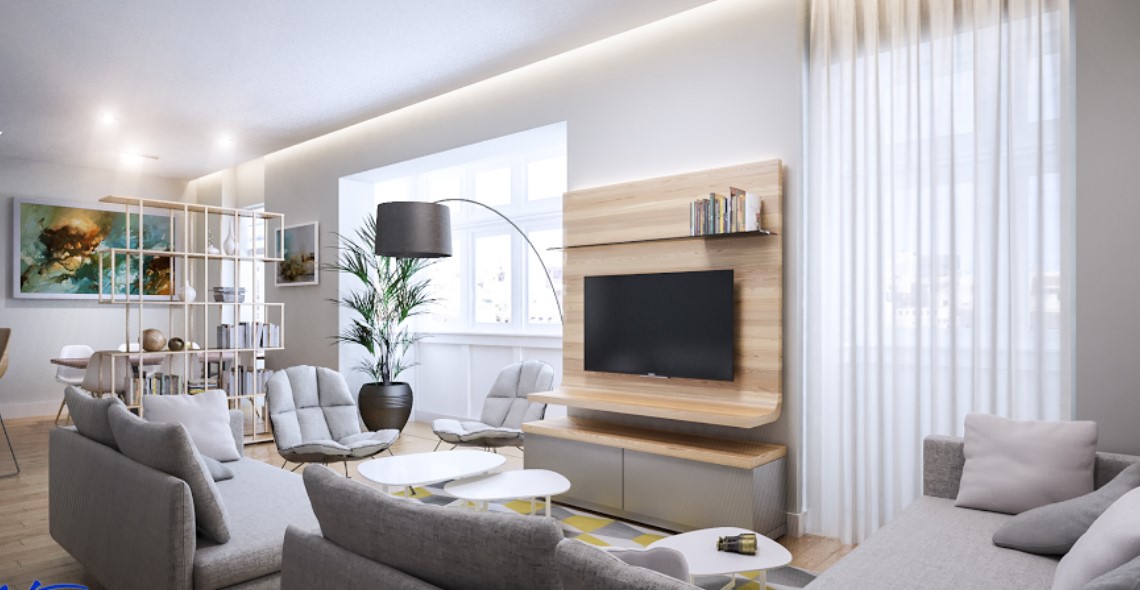 In 2018, the Iniala Group will not only be launching its spectacular, long-awaited hotel and restaurant on the Grand Harbour, but also an office building next to Castille, together with the first of its residential projects, on St Dominic Street.

Mark Weingard, the social entrepreneur and founder of Iniala Group, was smitten by Valletta from the moment he visited it in 2012. He has invested significantly in Malta’s capital city, and this year the Iniala Group will not only be launching its spectacular, long-awaited hotel and restaurant on the Grand Harbour, but also an office building next to Castille, together with the first of its residential projects, on St Dominic Street.

Last year the company launched its art business Iniala5 with galleries in Valletta, Sliema and Mosta. The premium office block at Tigné Point, The Centre – which Mr Weingard owns 50 per cent of together with MIDI – has also opened its doors for business. This April, Iniala will launch for sale the Genesis Residences on St Dominic Street. This is a block of apartments and a luxurious duplex penthouse. The spacious apartments, designed by Paul Camilleri and Greta Design, are minimalist and urban, yet fitted out with luxurious marble-clad bathrooms and high-end kitchens. “These will be the first of many residential projects in the capital city,” Mr Weingard said.

“Spectacular design, attentive personalised service and excellence in gastronomy will be the hallmarks of the new luxurious hotel and restaurant situated on Barbara Bastions, overlooking Malta’s inimitable Grand Harbour,” said Mr Weingard. “Iniala was a dream that started some seven years ago, materialising in the launch of our hotel in Thailand in 2013. It’s a hotel built on the five pillars that the Group represents, which are service, gastronomy, art, design and philanthropy. It’s a spectacular hotel located on Natai beach, and I feel that we achieved something special there, but one thing that it didn’t fulfil was a sense of community. When I first came to Malta, I realised that we could take Iniala to its full fulfilment here. Iniala is a community company, and the people of Valletta, of Malta, should see it as one of their own and belonging to them.”

Iniala Group is run by a talented team with a passion for what they do as well as what they want to achieve, in line with the overarching vision: of fostering change and giving back to the local communities. Danny Drinkwater, Managing Director of Hospitality of the Iniala Group, has been working in the F&B and hospitality sectors for many years. He worked as an executive chef at Park Hyatt, Sydney for over four years, and later at the “Luna2” boutique hotel in Bali, where Mr Weingard was on holiday. “A few years after meeting Mark at a hotel I ran in Bali, I moved to Thailand with my family, where we built the foundations of Iniala Beach House. What started out as a very beautiful villa complex morphed into an animal of design – by the end, we had 10 international designers working on this project, including the Campana Brothers, A-cero and Joseph Walsh.”

There is a local touch to the new design masterpiece being developed over several magnificent townhouses overlooking the Grand Harbour. The lead architect on the project is Perit Paul Camilleri, and local firms Greta Design and Daahaus are involved, but the starring role are two famed international designers, Autoban 212 from Turkey and A-Cero from Spain.

“Service and community are in the genes of Iniala, they go hand in hand,” said Mr Drinkwater. “We want to create a very special memory for our guests – memory of the attention to detail from the bespoke service, the culture and the community. Something like that will remain with them long after leaving our hotel.”

Adding to the charm of the hotel is exquisite gastronomy, led by award winning chef Tim Butler who met Mr Weingard in Thailand at an event that the entrepreneur had hosted for local chefs. “I soon discovered that Mark and I share the same philosophy about sustainable food and produce, and although I’ve got two successful restaurants of my own in Bangkok, I knew that working with Mark at Esenzi, both in Malta and Phuket, would be a true passion project,” said Mr Butler. “We use a great deal of local products in Thailand – the head chef goes to the market twice a day, we write our menus based on what we get on the day, and invite guests to accompany us to the market if they wish to pick out fresh local goods. Here in Malta, we’ll be taking some of the aspects of Esenzi in Thailand – which is inherently Thai in flavour – using Western techniques, and further developing the 200 or so dishes that we created there. Coming to Malta and adapting my techniques to a Mediterranean setting, using Mediterranean seafood and produce has been very exciting.”

In anticipation of the restaurant’s opening, a pop-up restaurant called Esenzi Lab will be launched, which will operate for around four months, allowing the chefs to test their menus among the local community. “Every market is different, and we’re not about to tell people what they should be eating,” said Mr Weingard. “We want to find out what works and what doesn’t, and create the perfect recipe for Malta. Esenzi Lab will be a prelude to the actual restaurant with small sittings at a time. The restaurant itself, however, will be an incredible experience: the best views of the Grand Harbour surrounded by great design and with excellent food. We hope that Esenzi will help raise the bar for chefs and gastronomy in Malta, and inspire others to reach the same standard.”

Another result of a collaboration with local entrepreneurs is Iniala5, the art division of the Group led by Managing Director Maria Galea. Its aim is to widen the opportunities for local and international artists in the contemporary art scene. “Since its inception, Iniala5 has established four gallery spaces, three of which are in Malta, and one in Thailand. By mid-2018, we’ll also be establishing a design gallery. However, one of the biggest aspects of our work through Iniala5 is promoting local artists abroad. To date, we have represented 13 local artists and curated their exhibitions overseas, and have a full calendar of events planned for this year, including 19 exhibitions ranging from solo exhibitions by local artists to international shows in Europe and in the United States.” The team is in the process of establishing an online platform with the aim of bringing the creative industry in Malta together, connecting the visual arts and fostering collaboration between artists locally and internationally. “We’re setting up a workshop programme for individuals to experience and engage with artists in their studios, to accompany them in the sourcing of their materials, and also programmes for art and design students in Malta, to give them the opportunity to gain hands-on experience in their field.”

Representing all of these facets of Iniala is Xandru Grech, Brand Ambassador and Business Development Executive at the Group, who connected with Mr Weingard when he first moved to Malta in 2012. “Iniala represents a lot of things that I like, and implements projects with a vision in mind. Being a brand ambassador is a very exciting role as it is multi-faceted – on any given day, I could be opening an exhibition, hosting a networking event or meeting potential clients interested in one of our business ventures,” he explained. “In whatever I do, my aim is to foster a sense of community and a sense of belonging with anyone who crosses our path. We do our best to integrate with whoever we work with, and ensure to give our clients the best service and that they’re satisfied with their experience.”

Inspirasia Foundation is dedicated to funding and supporting exceptional projects in health, education and disability for marginalised communities in Thailand, Indonesia and India, and supports social projects in Malta through the Social Impact Awards. “Mark started the foundation in 2002, after he lost his fiancée Annika Linden in the Bali bombings that tragically took the lives of 202 people. He wanted to create light from darkness. As Inspirasia’s Director, I work closely with the organisations we support to see that we can have the most impact for the grants being given,” said Ms Attard.

After two successful editions, the Social Impact Awards – a collaboration between The Gasan Foundation and Inspirasia Foundation – will be taking place again this year. “The initiative aims to partner with businesses and individuals, to bring the private sector and social projects together to offer opportunities for financial and non-financial support,” said Ms Attard. “Last November, eight social projects pitched their ideas to a full audience of philanthropists, businesses and individuals interested in being part of a change. Over €125,000 were given out as grants along with other in-kind support. Five of the finalists won support, and the winning project, ‘Enlight: Promoting Mental Health, Preventing Mental Illness’ through a free walk-in clinic for students at Giovanni Curmi Higher Secondary submitted by OOPS, the Organisation of Psychology Students, received a grant of €40,000 and pro-bono services from PwC Malta.”